Our group aims to study aqueous solutions such as water in the presence of molecules, atoms and nano-particles, by electron and ion spectroscopy. These spectroscopic techniques are very surface sensitive. Furthermore, we also plan to study atomic and molecular nano-solids in vacuum or their interface with gases. Environmental related problems as well as heterogenous catalysis are among the application areas of these studies. It is our aim to continue our pioneering studies of laser-cooled atoms using synchrotron radiation. In them, we can tune the atom-atom interaction strength thus providing a unique tool to better understand, for example, the complex interaction between atoms or molecules in aqueous solutions. In order to better perform our research goals we will continue to development advanced spectroscopic techniques.

Issues related to energy production and its storage,while taking care of the environment protection, are considered central to any modern society. In this context, the development of new materials based on knowledge produced by basic science will allow new form of energy generation and storage with the desired characteristics. 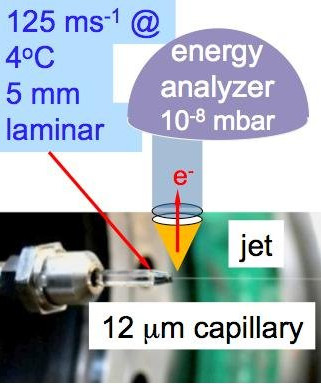 Brazil is known for its leadership in the wide spread used of renewable energy sources such as ethanol. There is however a need to increase the efficiency of ethanol production as well as to reduce its manufacture harmful impact to the environment. Equally important is the need to mitigate the emittance of green house gases during etanol use in transportation. For this to became reality:

For all these goals to became viable, there is a demand to develop analytical techniques that are surface sensitive. Indeed, heterogeneous catalysis takes place in the surface. Sequestering harmful gases requires a good knowledge of the surface to gas interface. Finally, aerosol, relevant to earth climate, can be described as nano-scale aqueous solutions. In them, the surface area is very large compare to the bulk volume. It is,therefore, easy to understand the importance to determine the surface propensity of a solute. Contaminants or harmful substances may reach much higher concentration at the surface and thus their deleterious effect to the earth climate balance. 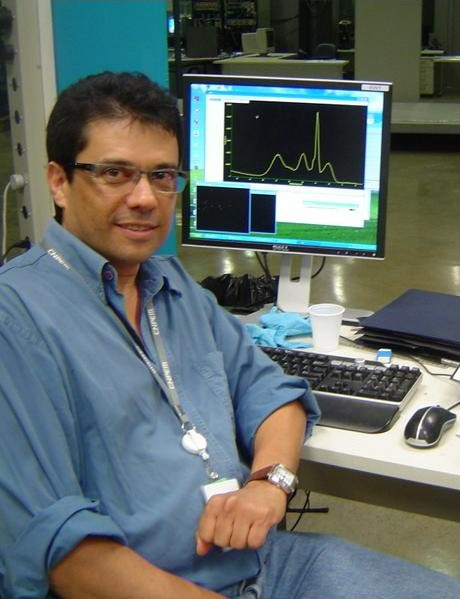 The photoelectron spectrum in the background of vapor and liquids water.

Photovoltaic cell (PC) has being pointed out as an obvious alternative way to produce “clean” energy. Whatever pathway we follow: ethanol production enhancement or PC efficiency improvement, specialist point out that the main challenge for basic science in this field is to better understanding the natural process of photosynthesis. The photosynthesis takes place in aqueous solution therefore it is clear that there is a strong motivation to develop traditional spectroscopic tolls, applied successfully in surface science and molecules and atoms, to study aqueous solutions! This spectroscopic techniques are based on electronic and ionic detection. Accordingly, the study of the hydrogen bridges formed dynamically in aqueous solutions are one of the main future challenges.

Further to the future, Brazil will eventually need to overcome a new paradigm change in its transport structure. There will be a need to substitute etanol by transportation based upon electric charge storage. Of course, even in the new system, the electric charge generation may still be based on highly efficient industrial plants using etanol as fuel,for example. In this new model, according to specialists ,there is a need to improve the efficiency of electric charge storage by a factor of five. It seems unlikely that this improvement can be achieved without the introduction of nano-structured materials (NSM). Indeed the NSM can stand high internal mechanical stress during the process of battery charging. In this context, it is clear a need to better understand the electronic structure of atomic clusters. It is easy to agree that in the future the NSM will be the building block of the-most-needed new devices. In particular, there is a need to study NSM such as mass selected atomic clusters. This studies will have the potential to allow the syntheses of new materials with higher stability and resistance. In addition, there is a possibility to produce materials with customized optical and magnetic properties.

Furthermore, the knowledge of the electronic structure of free and chemisobed nano-solids will provide important information about the catalytic mechanism including those size-dependent. This will allow us to rationally propose new catalyzers with specific properties.

New catalyzers are needed to optimizer ethanol production, for example. They also are very important to improve several chemical processes in the chemical industry. Brazil presents a very robust economical activity in this area. 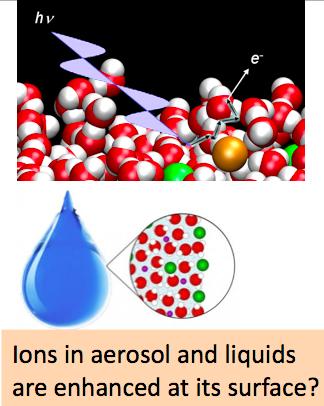 Finally we would like mention that free atomic clusters are the best known models to study heterogeneous catalysis (HC).

One of the weaknesses in the studies presented in the literature, so far, lies in the fact that such a cluster, to be a more realistic model for HC, should be studied in the context where they are exposed to gases commonly present in the process of catalysis. However, at the atomic level, the electronic structure of these catalytic systems can only be studied properly by means of electron spectroscopy. Since this technique involves the detection of photo-electrons, working at one mili-bar pressure range constitutes a tremendous technical challenge. In this environment, the photoelectrons leaving the cluster surface are lost due to collision with atoms and molecules from the gases where the clusters are embedded. In conjunction with the surface physics group at UNICAMP and Professor. Rubens Britto we have developed a new beamline at the Laboratório Nacional de Luz Síncrotron (LNLS) that allows the study of atomic clusters and liquid surfaces immersed in gases at pressures of up to 1 mbar. Both the electron analyzer and the beamline are unique solutions for this problem in the world so far. Spectroscopy techniques using photo- electrons and ions to be employed are: Resonant Auger Spectrocopy (RAS), X-ray photoelectron spectroscopy (XPS), Ultra-violet photoelectron spectroscopy (UPS), "Near Edge X-ray Absorption Fine Structure" ( NEXAFS).

Regarding the latter line of research is worth remembering that the existence of a group in the department of applied physics who has worked with the production of metal clusters will be crucial to obtain results faster. In synergy with these two lines of research our group will continue to study laser cooled atoms, bio-molecules as well as free molecules 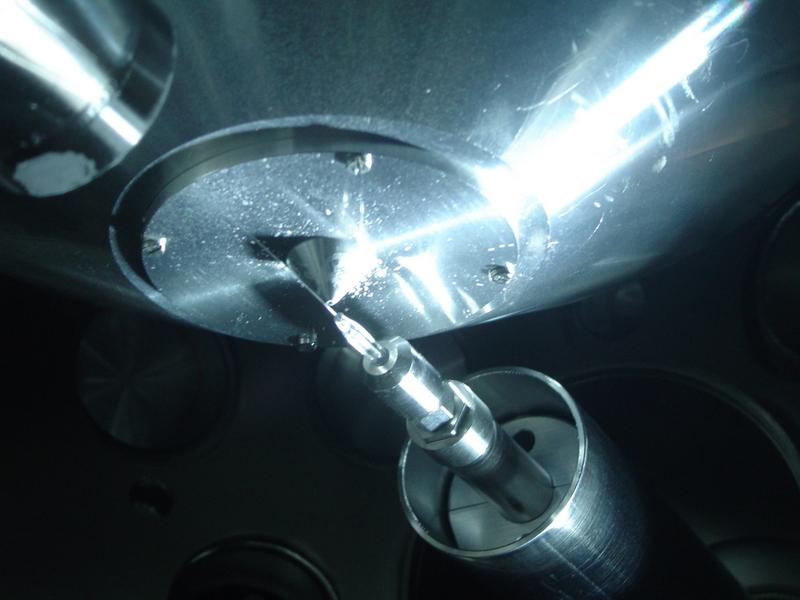 Detail of the liquid micro-jet in vacuum during a routine experiment. 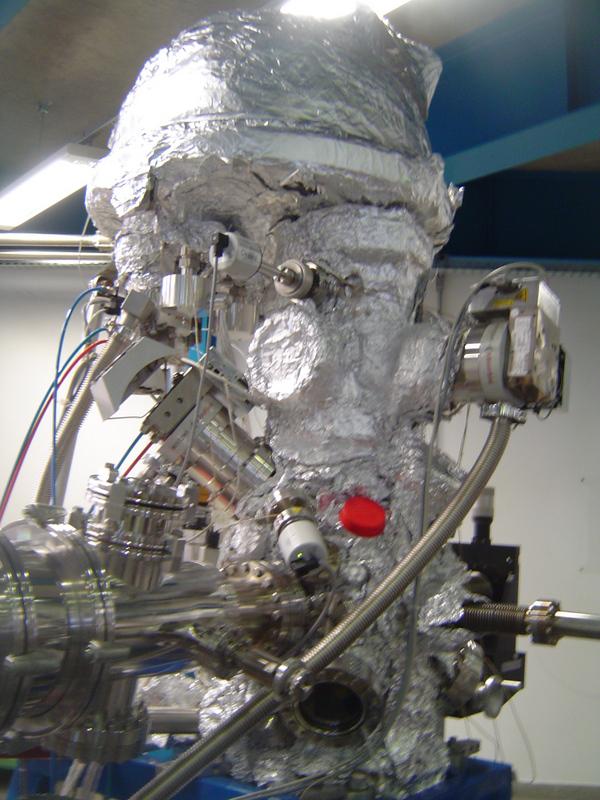 Electron spectrometer used in the measurements